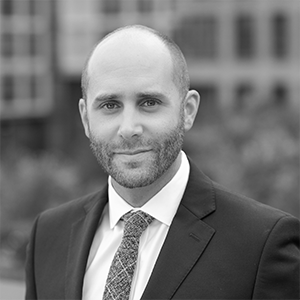 Daniel Lebor is Director of Business Development, previously Associate Vice President on Ofer Cohen’s and Dan Marks’ leading sales team at TerraCRG. Dan started with the firm in December of 2015 and specializes in Opportunity Zones and M-Zoned properties, with a focus in neighborhoods north of Atlantic Avenue.

Prior to beginning his real estate career, Daniel spent over 10 years as a professional fine art and commercial photographer, including three years of running his own commercial photo studio in Lower Manhattan. His work has been featured in numerous publications, and can currently be found at lebor.com. During his time spent in photography, Daniel also spent four years as the COO for a tech startup in New York City. In 2014, Daniel switched career paths and began his focus on commercial real estate. He started at MNS Real Estate, focusing on industrial neighborhoods with a concentration in Gowanus and Red Hook, and later opened his own boutique firm, LTD Property Group.